The ’80s is an overlooked era of NASCAR. However, it was a time of great importance for the sport, filled with moments like Air Force One landing alongside the 1984 Firecracker 400—just Google it. That same race marked Richard Petty’s record-setting 200th win. By that point, Petty had earned the moniker of “The King,” but in the ’80s he slammed the record books closed, obtaining records he still holds today.

This spring, GET THE BEST DEAL EVER! Sign up for the MotorTrend App for an $11.99 annual plan! Stream 3,500+ hours of binge-worthy automotive entertainment, including every episode of Roadkill and NASCAR ALL IN: Battle for Daytona!

At the 2019 ARCA Menards 200 in Daytona, Petty’s Garage unveiled a 1981 Buick Regal to honor The King’s historic 7th Daytona 500 win—the most wins by any driver. 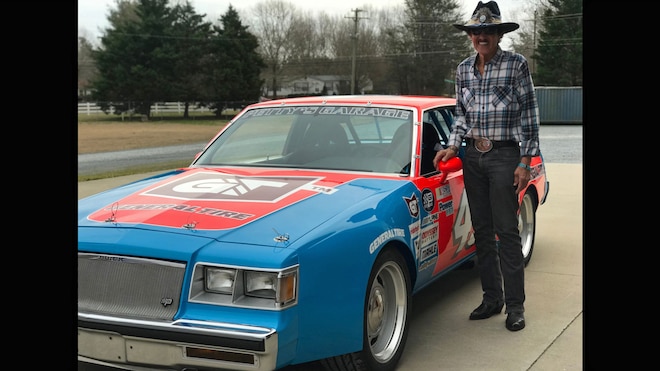 “I remember the ’81 race perfectly, because my crew chief Dale Inman outsmarted them all,” Petty said. “Petty’s Garage has done an outstanding job of replicating the race car and keeping it classic but also modernizing it with today’s trends.” Inman is one of the most successful crew chiefs in NASCAR history with eight championships and 193 wins.

General Tire conceived the plan to build this road-worthy Buick in less than two months. It started life as a 1981 Buick Regal Miller Lite promo vehicle, 1 of 25. An all-steel body was built identical to the original, which luckily for Petty’s Garage, sits in their Level Cross, North Carolina, museum. 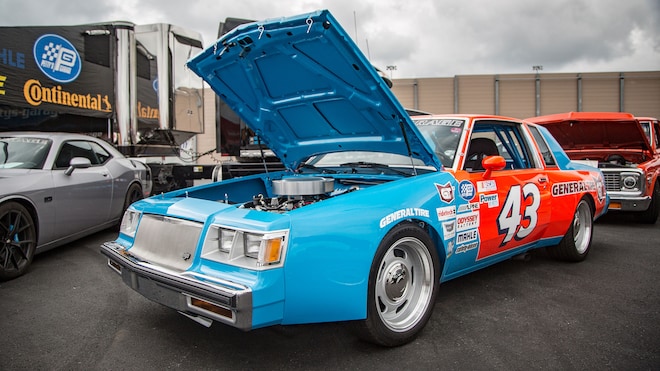 This lightning-fast build took only a month. “If it weren’t for the whole team coming together to build this thing, it wouldn’t have happened in such a short time,” said fabricator Greg Turner (owner and builder of a “NASCAR” 1971 Chevy Nova build from used circle-track parts). “It was a really fun build, and it’ll be a fun car to drive.” 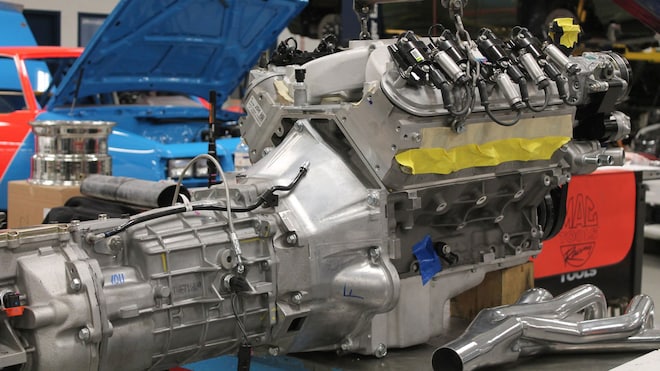 The mostly bare-bones stock car interior features a one-piece metal dash with Holley 7-inch digital display. There’s no carpet, but fully functioning windows and an Alpine stereo system to make for a comfortable Long Hauler. There are some touches from The King, too: a Petty Blue shifter ball and Petty’s Garage Hummingbird steering-wheel center. The car also features RideTech suspension, Wilwood brakes, MagnaFlow exhaust, and a trunk-mounted Odyssey battery.

“…We want to pay homage to Richard and one of the most iconic stock cars,” said Travis Roffler, director of marketing for General Tire. “…This car is a showstopper and will be part of our General Tire display that travels across the country. We look forward to letting fans get up and close to it.” The car even showed up at the 2019 HOT ROD Power Tour.