We’ll get to the going rate when it comes to Porsche Carrera GT price in a moment. But briefly, a recap: When the first Porsche Carrera GT rolled off of the assembly line in Leipzig in 2004, more than a decade had passed since production ended on the marque’s last all-out supercar, the technologically brilliant 959. In the late 1980s when the 959 launched, it’s twin-turbo flat-six engine, advanced all-wheel-drive chassis, and height-adjustable suspension represented peak automotive technology for road cars. But the Carrera GT was different (and not just because we had comedian and Porsche nut Jerry Seinfeld review the car for us at its launch).

Sure, it was an extremely sophisticated car, with its racing-bred 603-horsepower, 5.7-liter V-10 engine, carbon-fiber monocoque construction, and trick carbon-ceramic brakes. But it didn’t just look forward; it took cues from important Porsches that had gone before, eschewing turbochargers for a driving experience (and banshee-wail exhaust note) only natural aspiration provides. Porsche gave it a manual transmission at a time when paddle-shift gearboxes were becoming all the rage, and even capped that six-speed shift lever with a wooden shift knob, similar to the 917 race car of the late 1960s-70s.

Moreover, electronic stability control, a feature present in 2004 on even the entry-level Boxster sports car, was notably absent. In an era that was leveraging electronic wizardry to keep ever-increasing levels of performance manageable for non-pro drivers, the Carrera GT stood out as a pure supercar that still relied on driver skill to get the most out of it. 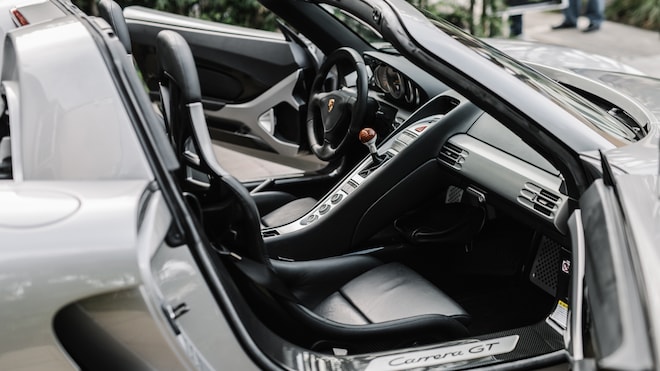 We recently spoke to Sterling Sackey, a Southern California-based specialty car broker. He specializes in these cars and knows all about the topic of Porsche Carrera GT price; he gave us the latest rundown on where the market has been for this unique supercar, where it’s headed, and why the Carrera GT is such a unique car among the dozens of models Porsche has produced since 1948.

Why is the Carrera GT such a special car for Porsche? What does it mean to the brand?

Sterling Sackey: The Carrera GT, in my mind, can be labeled as Porsche’s first true, clean-sheet, road-going supercar. Unlike the 959 before it—and in some sense the purely homologation-focused 911 GT1—the Carrera GT was not 911-based. Instead, it had a completely original design, with an engine architecture never before used in a Porsche road car. The 918 Spyder that came a decade later shared the same clean-sheet dedication, but moved away from the purity and focus found in the Carrera GT, an element which is unlikely to return in a Porsche supercar as automotive engineering progresses toward an electrified future.

Walter Röhrl, famous ex-rally driver and perhaps Porsche’s most well-known representative, has said that his four years of development work on the Carrera GT was the highlight of his career at the company up to that time. Today, the Carrera GT is regarded by Porsche itself as one of its “Classic” models, with parts supply and refurbishment continuing under that branch of the company, which demonstrates the company’s dedication to and love of the model. 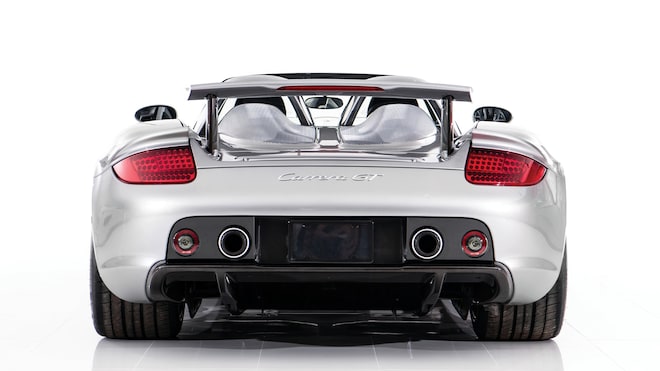 Porsche didn’t quite make its 1,500-car production run, ending with 1,270 built. What were the reasons for this?

SS: While Porsche did state a goal of 1,500 cars, it’s good to remember that the reported final number of 1,270 was still higher than the overall 959 and 918 Spyder production numbers, combined. Also, more than half of all Carrera GTs produced were sold in the U.S., making it Porsche’s most successful supercar to date in the U.S., both in total volume and by percent of production delivered here. That said, there are some reasons why the Carrera GT didn’t sell in even larger numbers.

First, at the time of the Carrera GT’s debut, most top-level supercars were employing Formula 1-inspired semi-automated manual transmissions. As a result, the manual gearbox in the Carrera GT was seen as a bit “old school” to those who wanted the latest and greatest.

Second, the market worldwide for supercars in the mid-2000s was not as large as it would become in the later 2010s. Supercar manufacturers still had to work hard to sell their cars in the ’00s, and some Carrera GTs were even sold with discounts even when new as a result. (That certainly isn’t the case now when it comes to Porsche Carrera GT price.)

Lastly, it was not possible for Porsche to sell the 2006 model year Carrera GT in the U.S. due to a revised NHTSA frontal airbag ruling, which stated that ’06-on cars needed to have dual-stage airbags. As a result, the Carrera GT’s largest market lost out on the third model year of the car’s production. 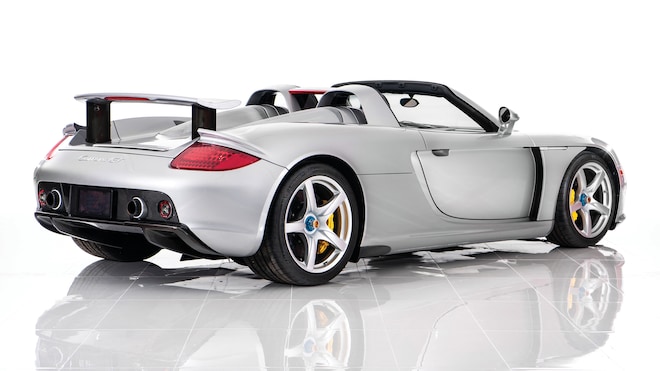 The Carrera GT has often been denigrated as an unsafe or difficult car to drive. Is this criticism valid, in your opinion?

SS: It’s a heavily misused criticism in my opinion, but it is ultimately based in some truths about the car’s past and engineering that are important to understand.

The most important fact to know is that the car was originally equipped with specially developed Michelin Pilot Sport PS2 tires, which despite Michelin’s best efforts simply didn’t have great grip characteristics when new. They became especially bad in this respect when they aged. New Porsche-approved Michelin Pilot Super Sports were issued from 2013 forward, and they completely transformed the at-limit handling characteristics of the car.

Additionally, the car is only equipped with a very basic traction-control system, and no stability-control system. This means the engine will cut power during wheel-slip under power, but the braking system will not help straighten the car if it begins to slide. Competitors to the Carrera GT and almost all supercars since have had full stability-control systems to save drivers who “run out of talent,” shall we say. Supercars that existed before the Carrera GT without any stability control tended to have far less power.

As a final point, many early Carrera GTs were delivered new with the adjustable rear anti-roll bar in the “hard” position, which induced an oversteer-prone balance, preferred by the racing drivers who developed the car. Switching this to the “medium” or ideally “soft” position results in a much more driver-friendly balance for the average owner. 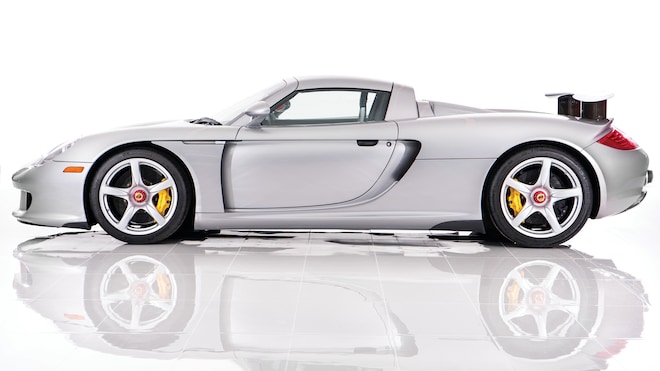 These cars sold originally for about $450,000. Where have Porsche Carrera GT prices gone since then, and where are they headed?

SS: As with many new cars, the Carrera GT initially decreased in value, but has been steadily increasing since the beginning of the 2010s. I specialize in the private treaty purchase and sale of Carrera GTs primarily in the United States, and I can say that today in the U.S. most sell for between $600,000 and $1 million depending largely on color, mileage, and the individual car’s history.

What key issues should potential buyers be wary of in the Carrera GT market?

SS: The biggest questions from buyers generally regard service costs. While the Carrera GT is no more expensive to service than many of its competitors from brands like Ferrari, it is ultimately a bespoke supercar that comes with appropriately expensive bills. Clutch replacements for the special “PCCC” clutch are well into the five-figures, as are major services. I generally recommend my clients avoid ultra-low mile cars which have sat undriven for long periods of time, as these tend to be the examples that accrue the largest bills come time for service. Carrera GTs, like many supercars, respond best to being driven and used regularly, and regular use serves as a way to maintain their reliability.

SS: Later model-year cars are preferred simply for being newer, as there are little to no mechanical differences between them. For the U.S., ’05 cars introduced some special exterior and interior trim options, including paint to sample, which was a very rarely selected option that is highly desirable today. As far as the standard color palette, GT Silver cars typically trade hands for less than the other colors, simply due to that color being by far the most common—for good reason, as it’s beautiful! 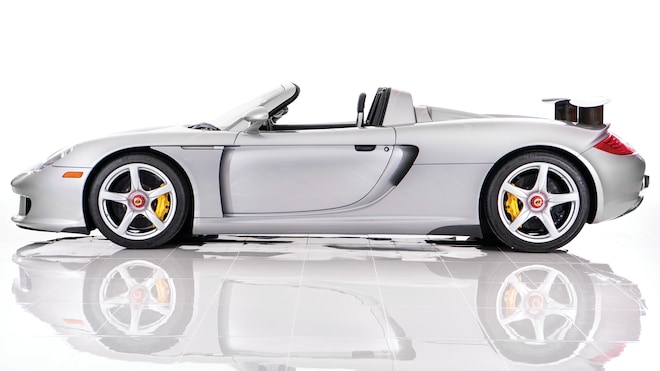 What sort of collectors are most interested in Porsche Carrera GTs?

SS: The Carrera GT appeals to a fairly wide set of buyers, from diehard classic Porsche fans who enjoy the purity and roadster feel to modern Porsche GT-car fans who want the ultimate driving experience to enthusiasts of other brands, i.e. Ferrari, who may retain a Carrera GT as their only Porsche. The appeal of the car is fairly universal at this point, it’s an “everyone agrees” car in that sense, at least amongst those in the know.

For more on Sterling Sackey or to get in touch, check out his website at sterlingsackey.com.